A Born Leader in the Business World

Corrie Elieff is an idealistic entrepreneur and a sales coach with a determined focus to mentor and guides individuals to enhance their expertise in sales, communication and personal expansion.

At the Young Entrepreneur Sales Agency (YESA), he helps strengthen empowered, ethical, young business professionals and partners them with intelligent, growing organizations that are deliberate in their path to sustainable growth and social responsibility.

As a thriving success and an increasing force in the business industry, he is committed to building and engaging in the largest growth of enabled, trained and humane young professionals you have ever seen before. He often provides time to guide new entrepreneurs who ask for help and likes to make sure their businesses help people and the society they surround themselves around.

Change your life and take it to the next level

After dropping out of college, Corrie made his way up the ladder of sales jobs, going from door to door sales to becoming the President of Grant Cardone Canada, where his team racked up over 2.7 million dollars in sales in their first 12 months.

CEO of Suits Social Darren Cabral and Corrie Elieff talked about the way the grind of true personal development, and how life needs to be broken into a series of chapters. Through hard work and determination, Corrie has gone from Obscurity to Authority and is ready to share his story and his blueprint, with you!

Corrie shares that he has had to be committed and put in hard work to achieve the success he earned today. Sometimes this success was at the expense of taking his own path into medical practices and making sure he was healthy mentally and physically the best that he could be!

Corrie experienced a prime healthy point in his life where he weighed 175 pounds, was 12% body fat and could run 5kms within 20 mins. But unfortunately, this healthy stage in his life was taken away due to a sudden medical condition which resulted in rapid weight loss and doctors telling him there was no cure for his condition.

Corrie immediately took action within his life and realized he needed to make and research changes himself and was not going to give up until he could be healthy again. Due to his strong will and determination, he is healthier than he has ever been before!

Overall the biggest piece of advice Corrie Elieff can pass on to any new entrepreneur is to keep on learning and evolving. If you do not know how to speak in public or sell products or read analytic reports go out there and find someone who does and can pass that knowledge on to you. Quit making excuses and go out and make it happen!

Life will always throw twists and turns your way but it is how you are willing to deal with them. Are you going to give up or are you going to fight for your business until it becomes a success? If you want to know what tactics Corrie Elieff performed throughout his business career watch the video that is linked in the blog above!

Want to learn more about how we can help grow your business with social media marketing? Take the first step & book an exploration call. 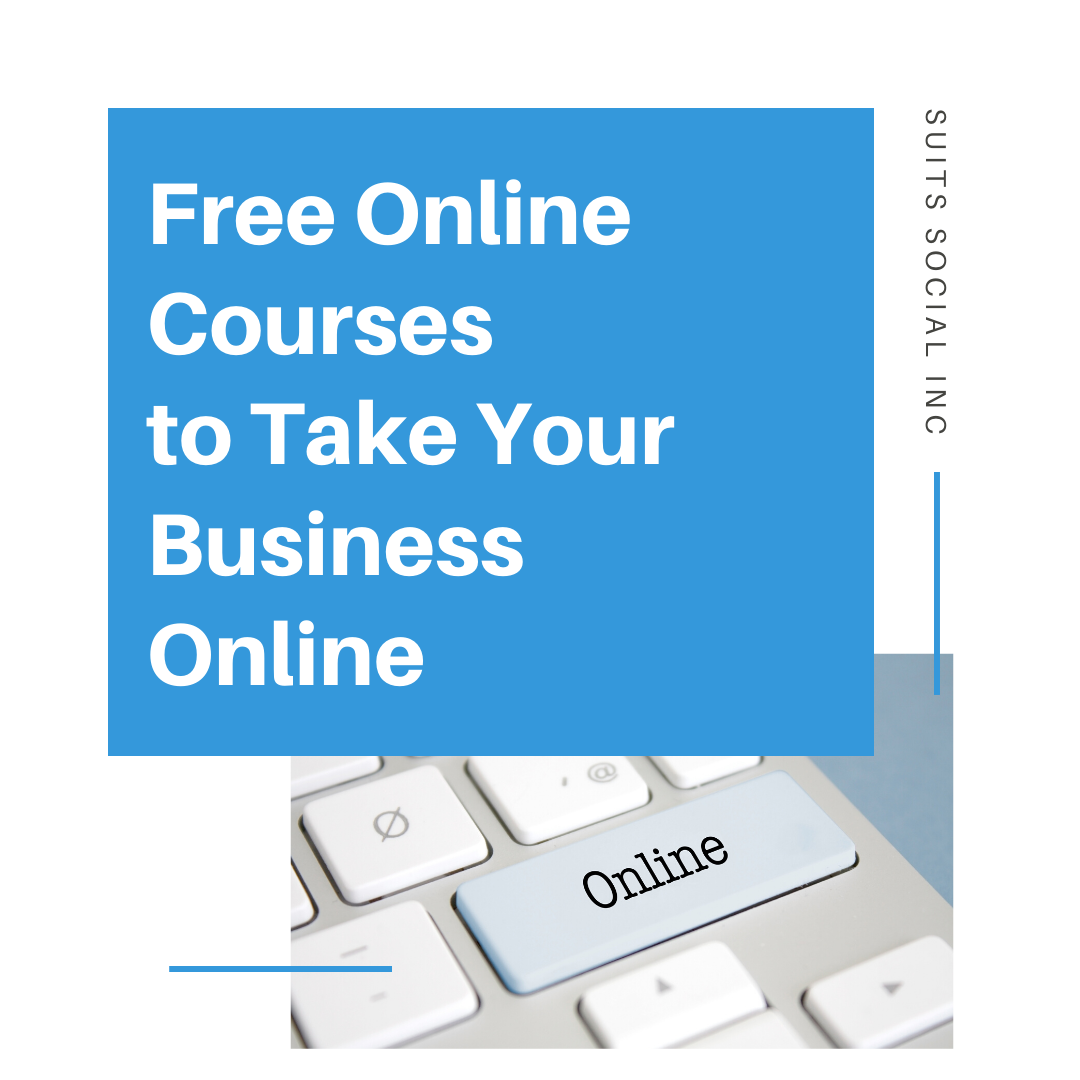 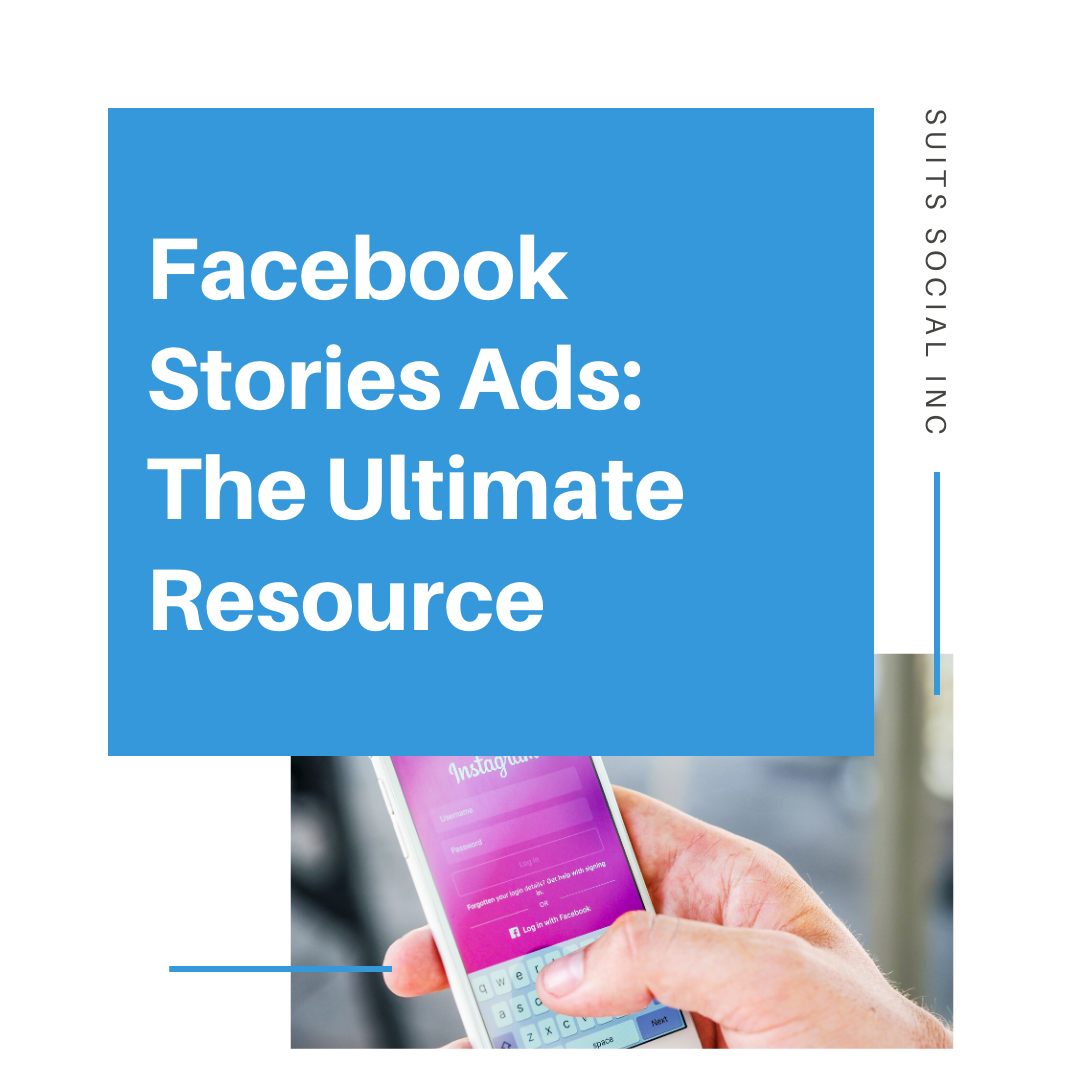 Stories are very popular with users. A survey commissioned by the social media giant shows that 68% of respondents regularly use stories in at least 3 apps, and 63% want to use them more frequently in the future. No wonder! With the constantly rising trend to video content, stories offer the possibility of sharing and discovering interesting content quickly and entertainingly. 300 million people already use Facebook Stories and Messenger Stories every day. Learn how you can use Facebook Stories Ads to increase revenue for your business! 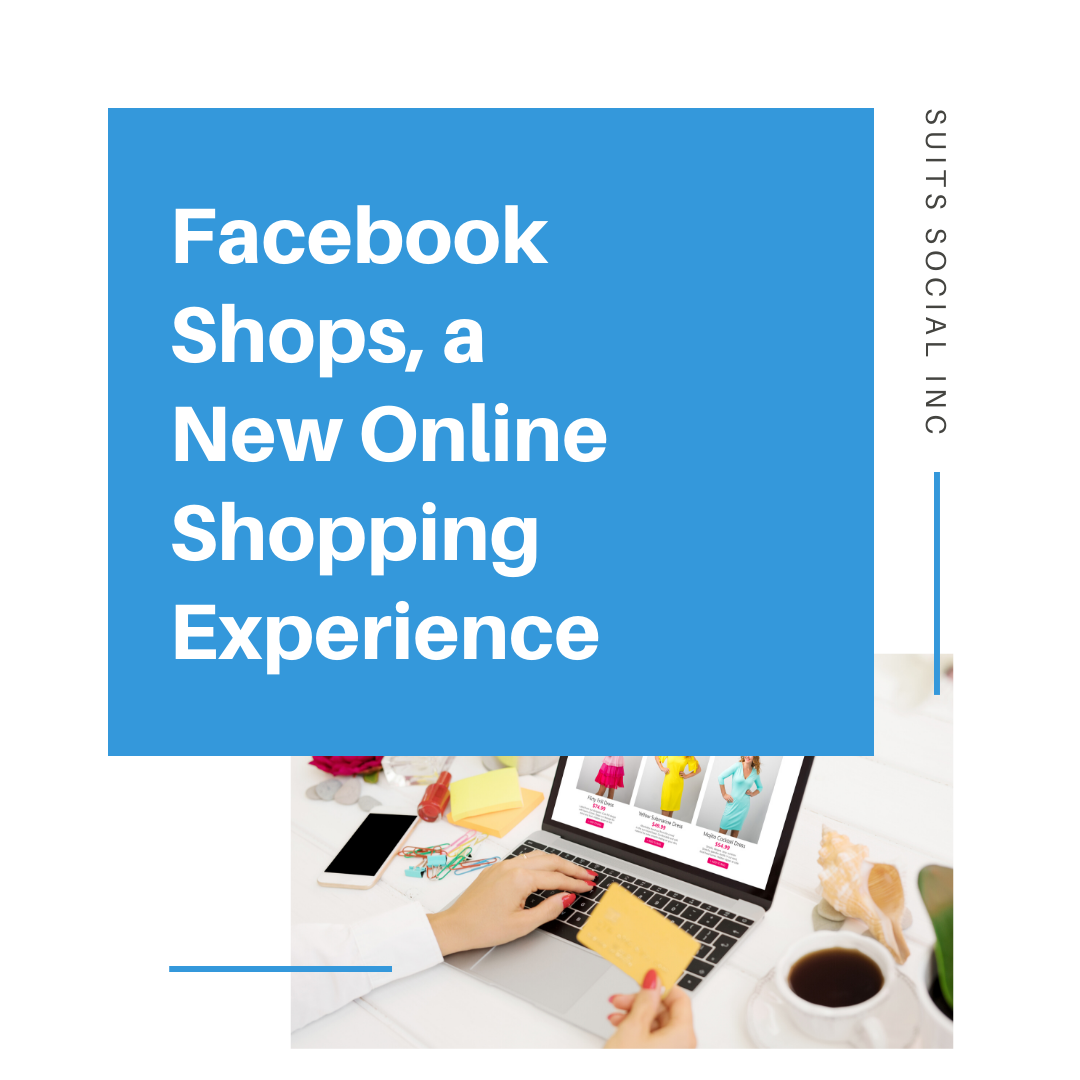 Facebook Shops are free and easy to create. When you set up your shop, it will appear on your Facebook and Instagram accounts to start and soon on Messenger and WhatsApp too. Shops are native and fast, which means no more app-switching to a slow mobile web browser where you have to reenter your credit card when you tap on an interesting product you see in feeds. Learn more about Facebook shops and how you can start a new online shopping experience for your customers in our new blog! 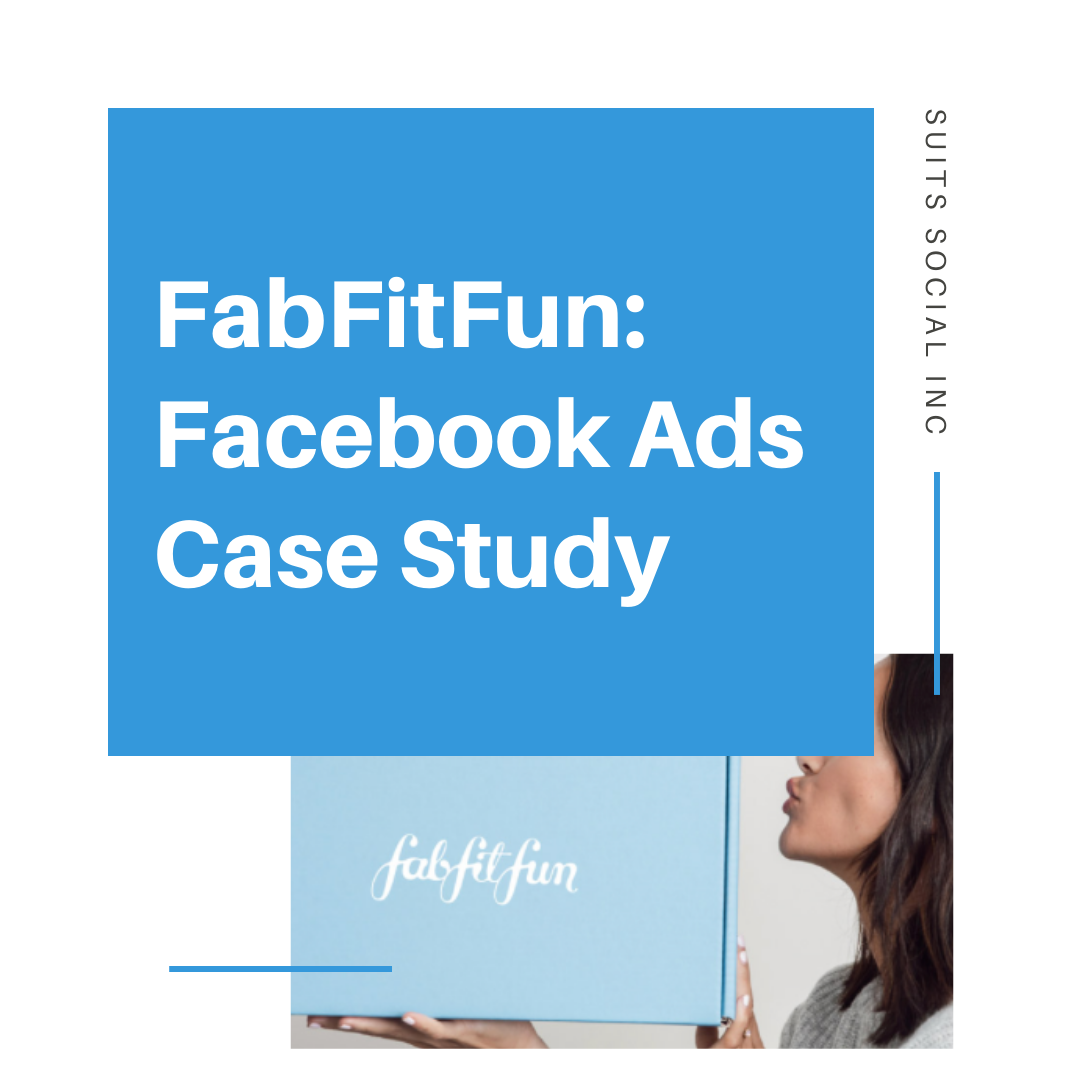 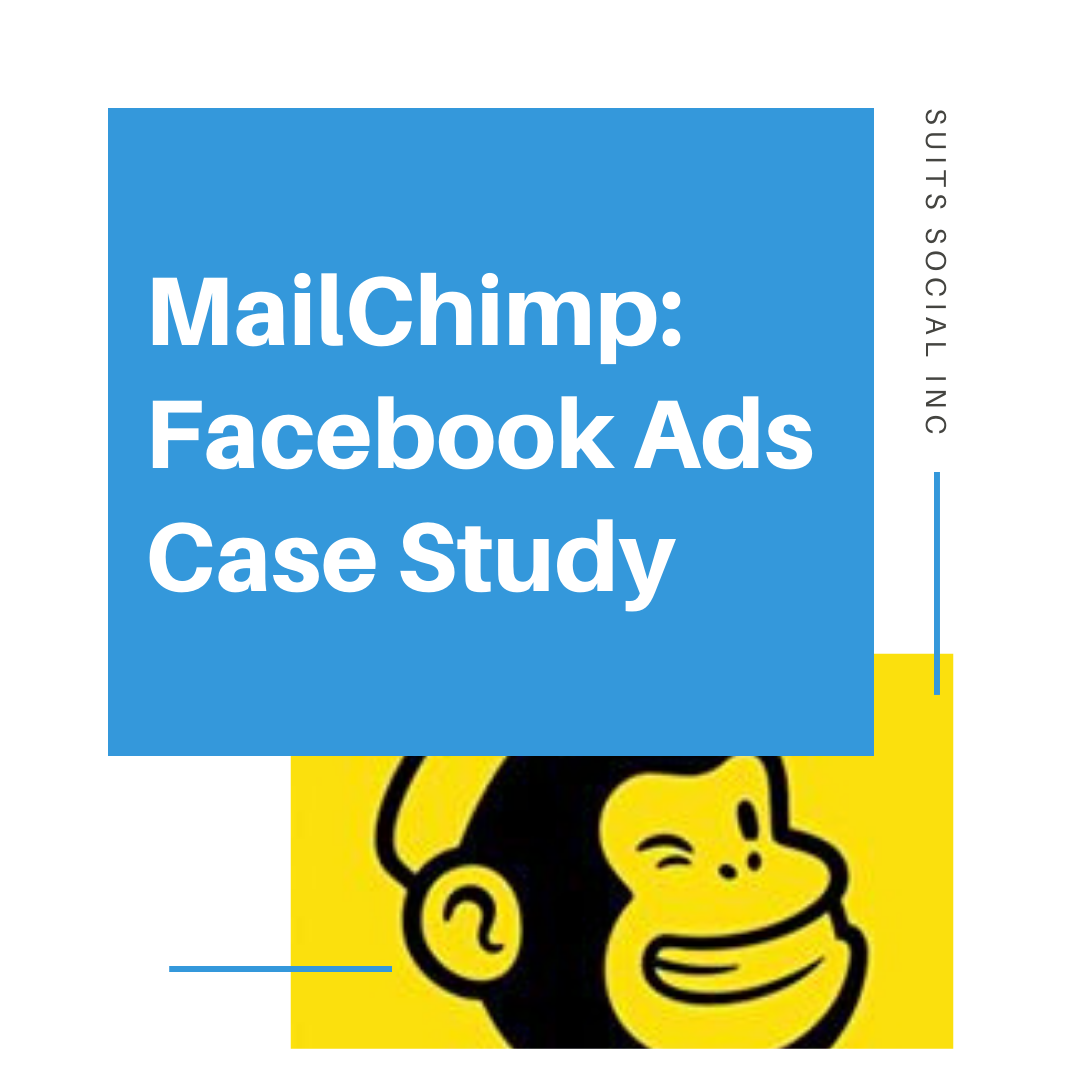 MailChimp increased their brand awareness with Facebook and Instagram video ads. Their success story is that the marketing platform for small businesses ran Facebook and Instagram video ads to boost and measure brand awareness, which resulted in an 18-point lift in ad recall. Learn more about their success and how you can achieve it for your business below! 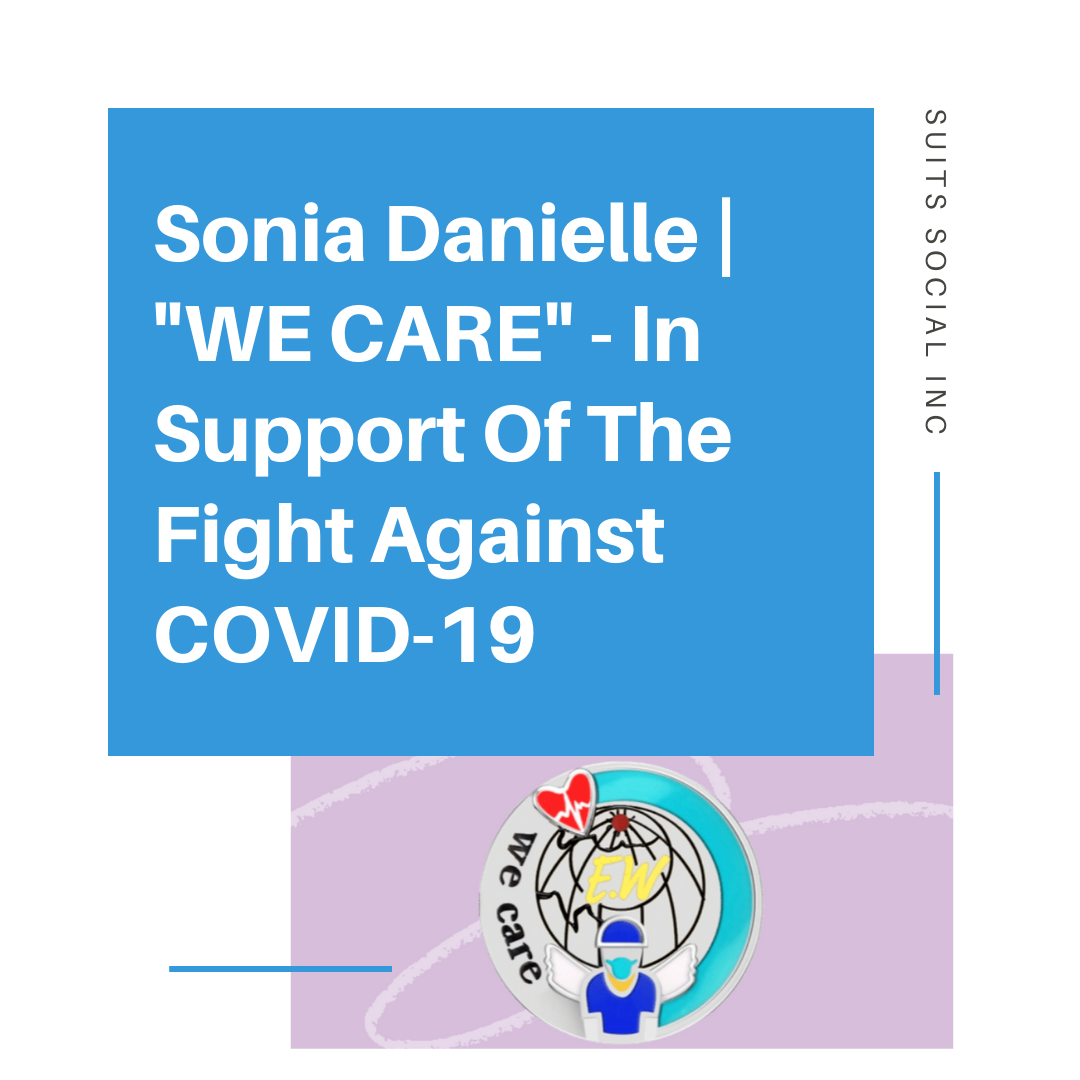 Gem Star Inc. a Toronto based jewelry company under the brand Soniadanielle.com and our long-standing client of Suits Social has come up with a creative way to raise $100,000 in support of the fight against COVID-19. All while bringing the country together in solidarity for our front line and essential workers. Learn more about the company’s initiative and how they partnered up with Suits Social to market and reach its goal for charitable causes. 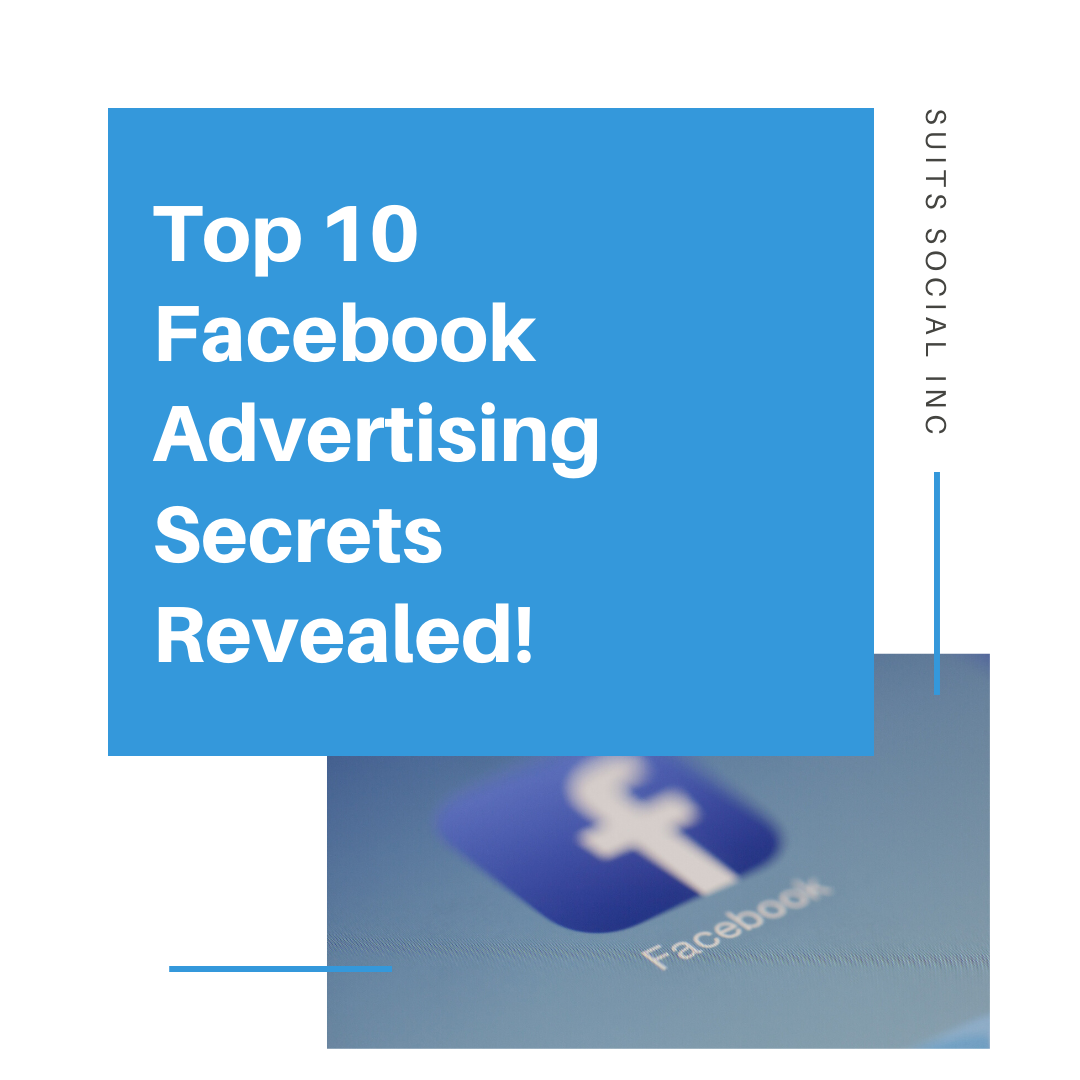 Your business isn't getting enough leads, you're depending on RANDOM WORD of mouth referrals, there is NO CONSISTENCY! The secrets revealed in this blog will help SUPERCHARGE your ads and ensure a constant stream of new leads keeps coming through the door.

This blog outlines super simple secrets that anyone can implement in their Facebook ad campaigns to get better results instantly.

Our agency has been responsible for millions of dollars in revenue generated through social media over the last 6 months alone. The way we run our advertising is a big part of that success. Now you know what we know by reading our blog now! 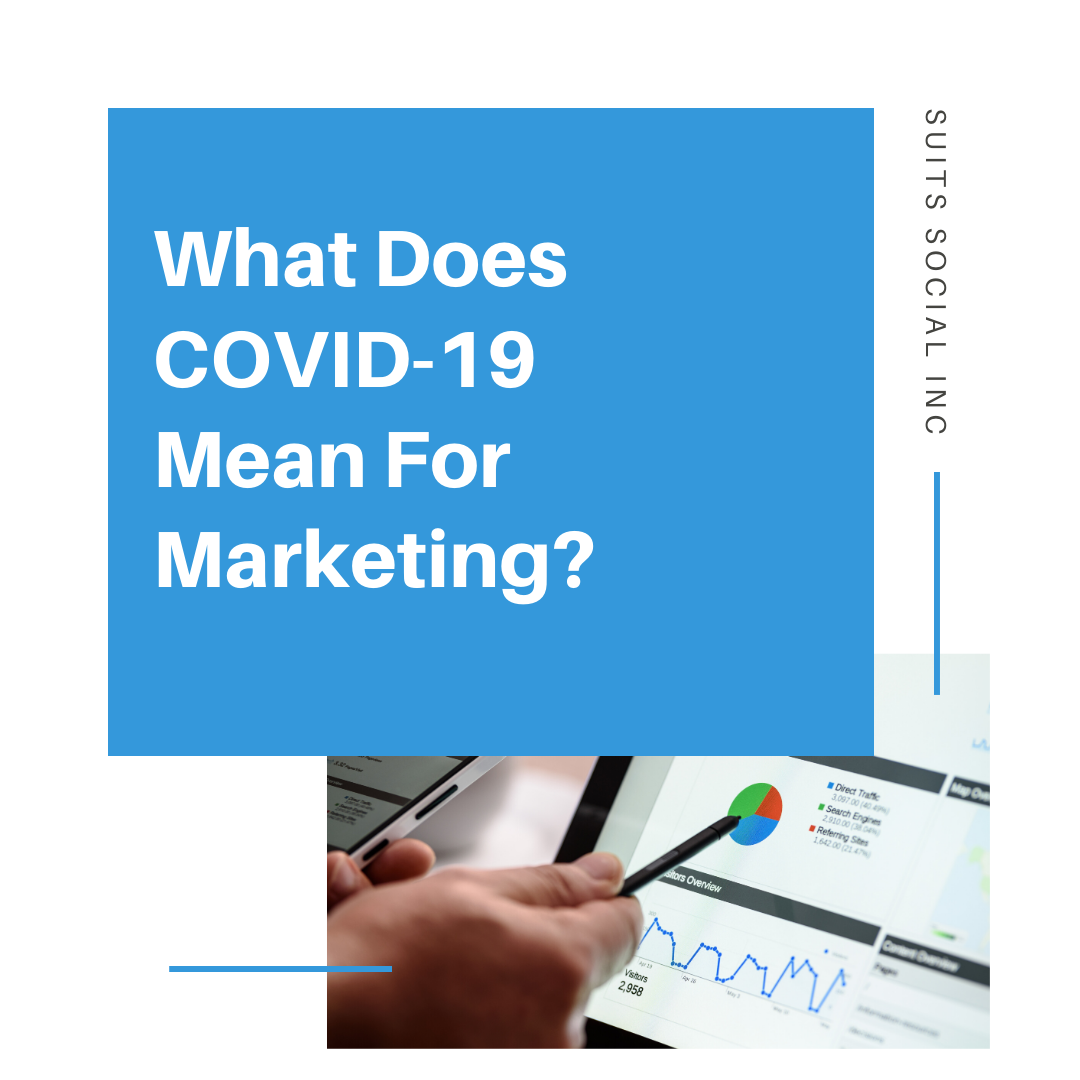 All of us are aware of the effects COVID-19 is taking on our personal and professional lives. By now one way or another you have had this pandemic alter the way you run your business. The pandemic has caused the global stock markets to crash, which resulted in many businesses and marketers to suffer at this time. What does this mean for your business and how should you market throughout the pandemic? Read our new blog to learn how COVID-19 has changed marketing and ways your business can stay on top and continue to generate revenue! 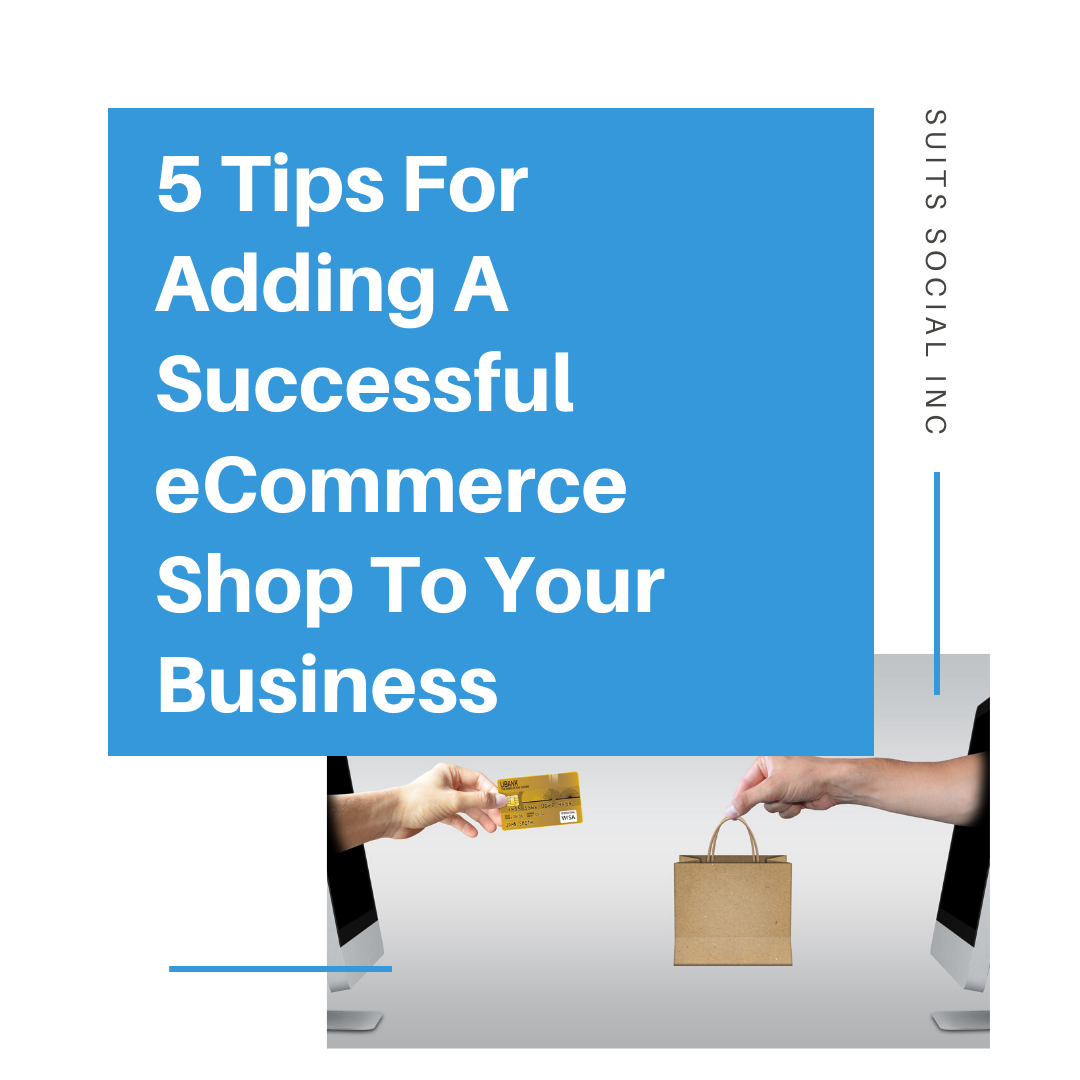 Throughout this time many business owners are struggling to generate the same amount of revenue they once did before COVID-19 occurred. Not knowing when this pandemic will end brings many business owners to think outside the box from their regular brick and mortar store operations. Many companies have adapted to online retail to make up some of their lost sales. If you’re unsure how to start the transition from your regular brick and mortar store to an online eCommerce shop read our 5 step guide below. 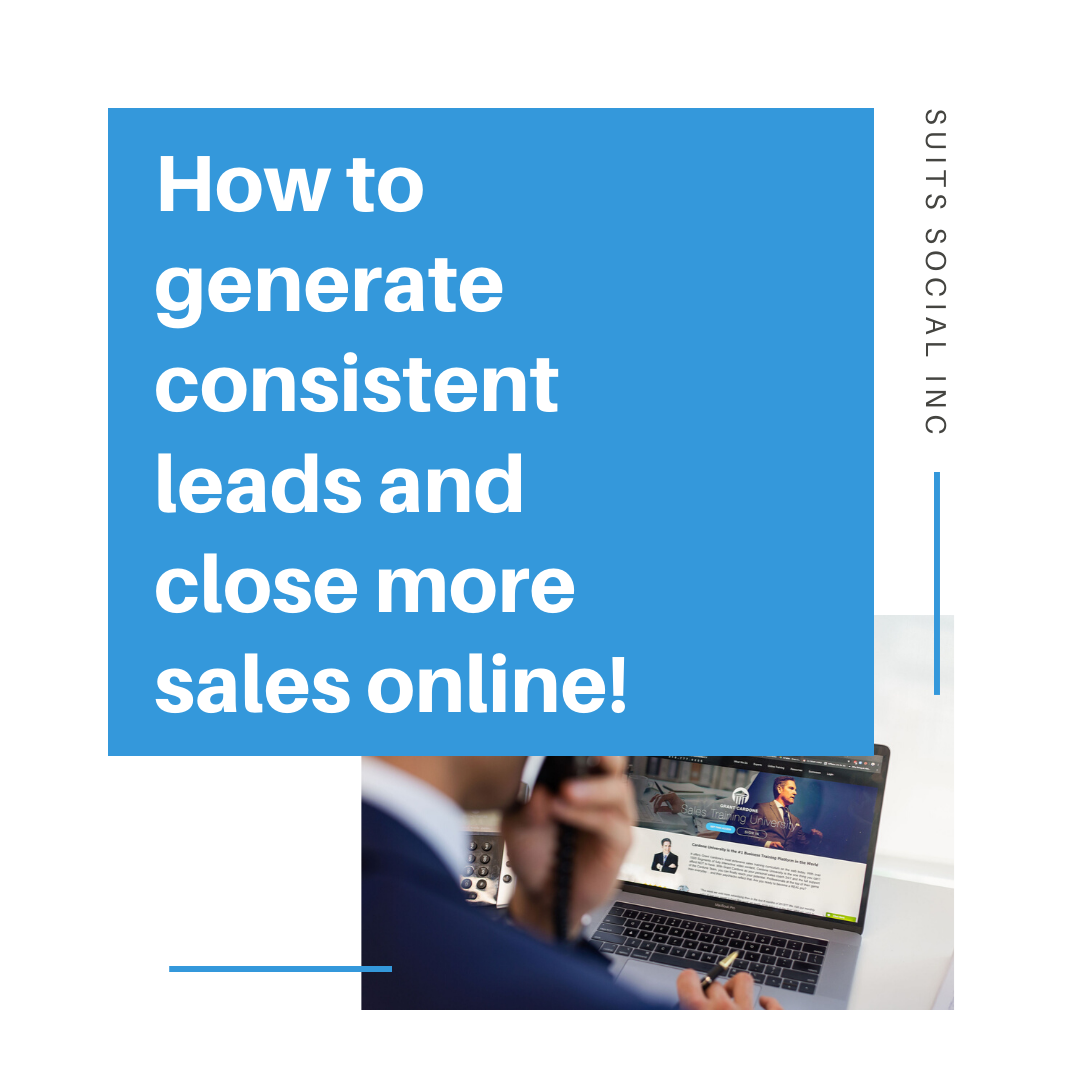 Tired of losing sales? Not getting the attention you want? Your marketing budget is not getting you what it used to? We’ve all been there, and it’s frustrating as hell! That’s why we’ve partnered up with Grant Cardone Canada to bring you a FREE live webinar to train you on how to gain more leads! Read our blog to learn how you can register today! 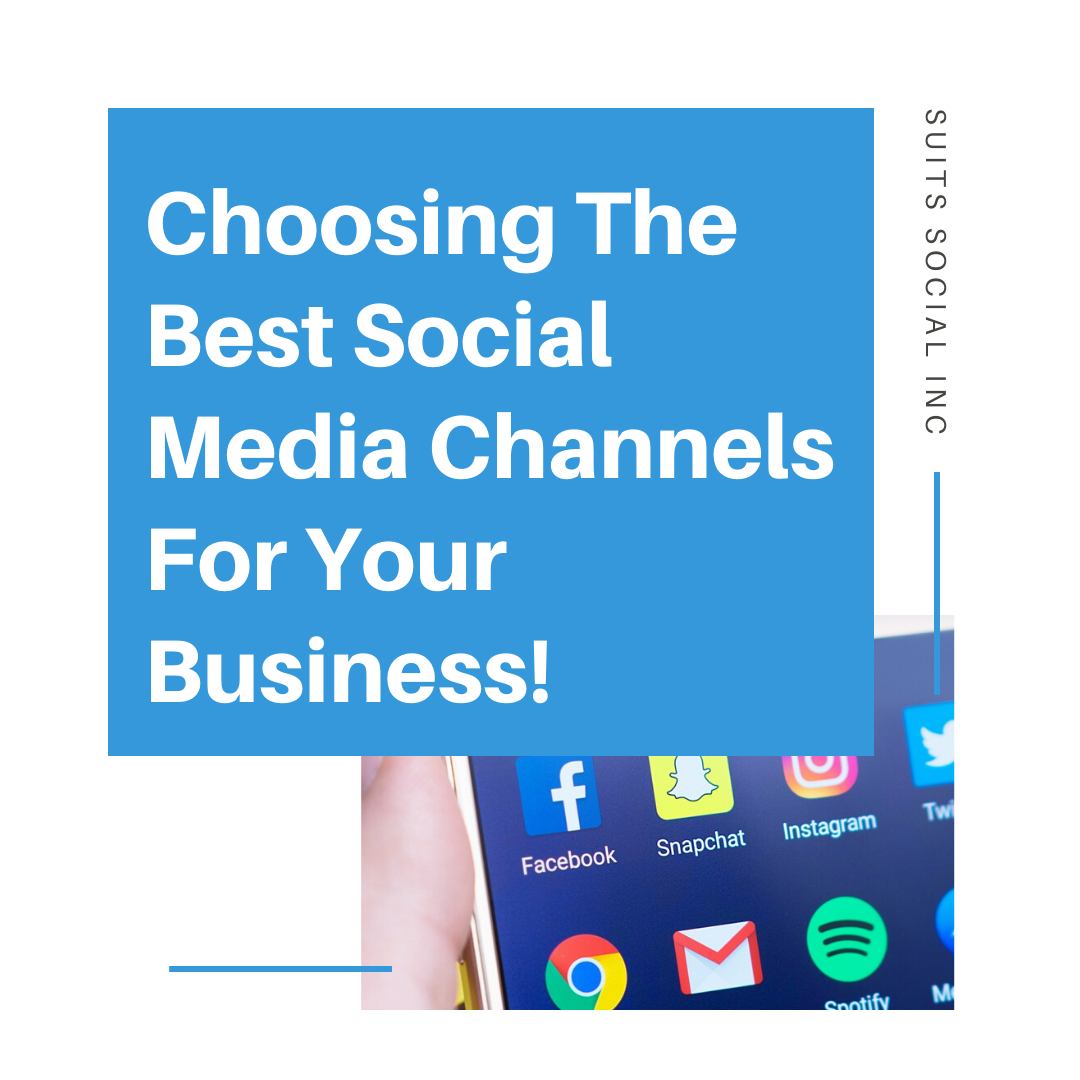 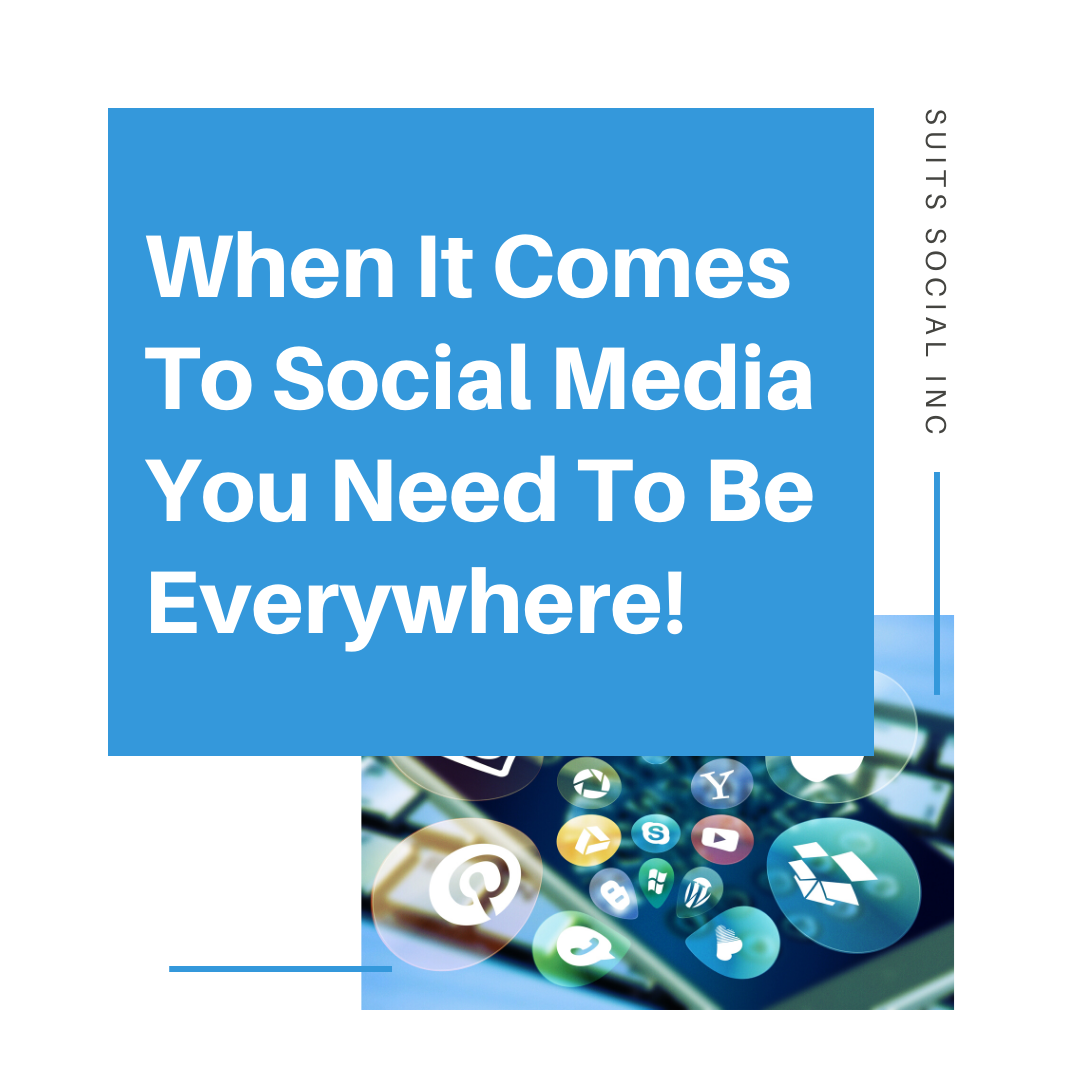 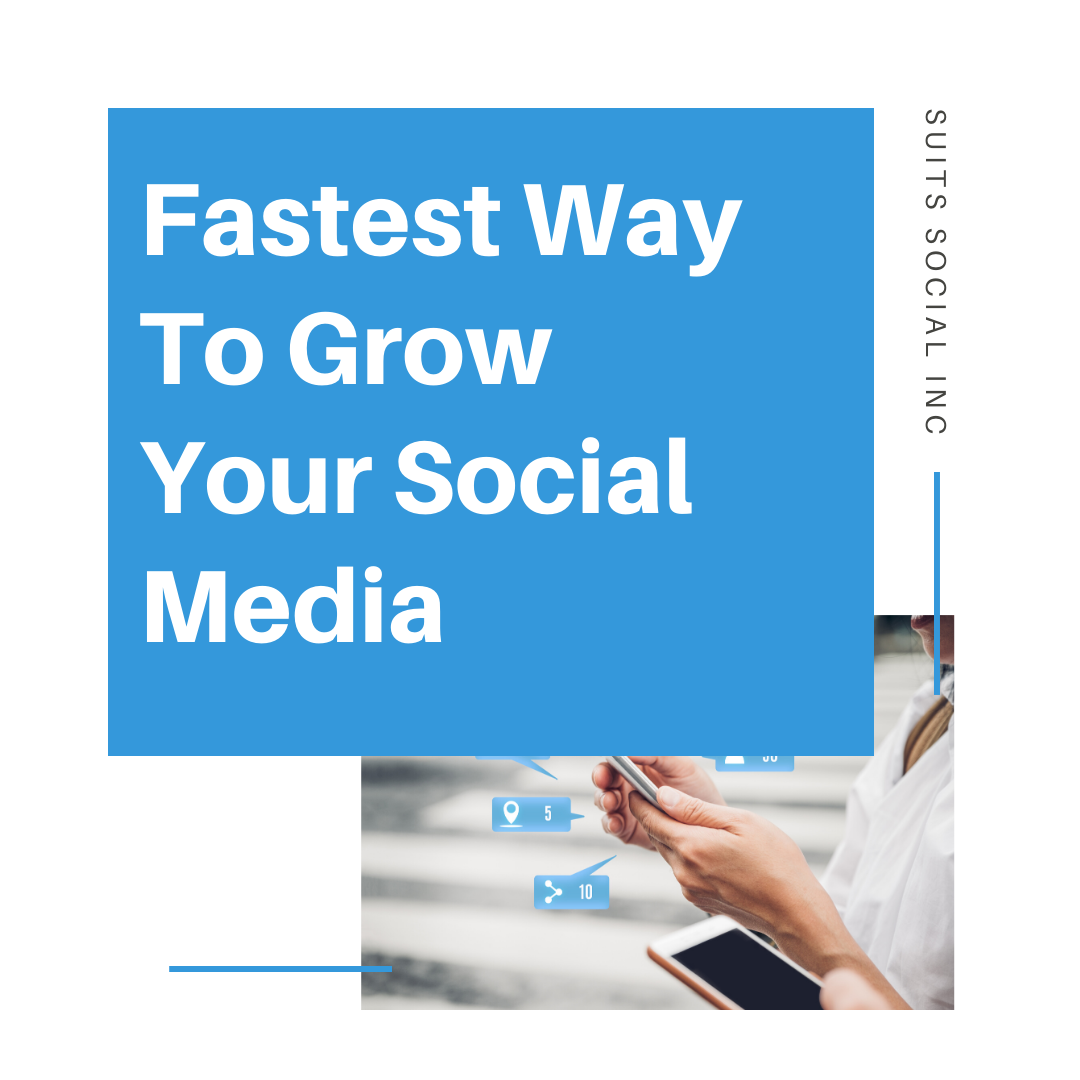 Most companies are in a position where they are wondering how they are going to make their revenue goals. Due to the most recent circumstances, it seems nearly impossible to meet your monthly business targets as you once did before. However, the number one proven revenue generator in business is through social media marketing. Facebook recently reported that users are at a 95% increase compared to last year. Meaning your business is leveraging the best time to grow their social media in order to generate revenue. Learn our 9 steps to grow your social media and 10x your companies revenue! 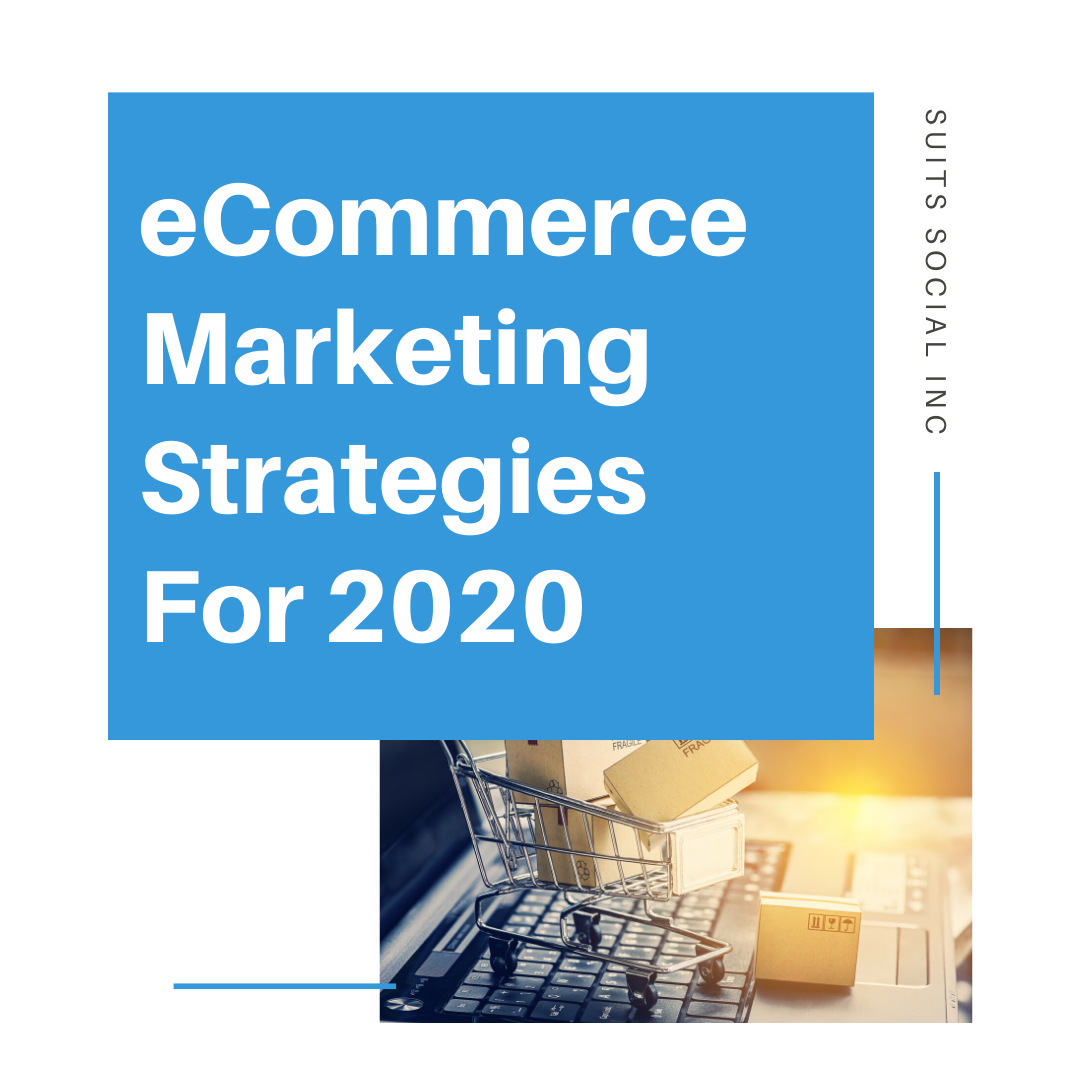 Have you been struggling to understand the mechanics of eCommerce for your business? Well…our CEO of Suits Social Darren Cabral breaks down three essential tips to help you excel in your eCommerce business. At our agency, we use Facebook hacks to make any eCommerce company work phenomenally and increase revenue by 10x.